Quite often, the interviews we do are grabbed during a break at an event. That encourages succinctness, but it good sometimes to be able to cover subjects in more depth. Vince Neicho set aside a day to come and see me, allowing us the luxury of covering a number of related subjects in one session. 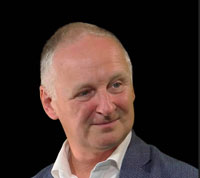 The result was three separate interviews published in August and September which were good enough to warrant repeating. Our broad subject was Integreon’s specialist field of outsourced document review, in which technology, people and project management are brought together to reduce the time and cost of review. As the interviews make clear, this is not just for litigation or regulatory disclosure / discovery, and not just for the very big players.

The interviews were as follows:

I have been an English solicitor since 1980. I run the e-Disclosure Information Project which collects and comments on information about electronic disclosure / eDiscovery and related subjects in the UK, the US, AsiaPac and elsewhere
View all posts by Chris Dale →
This entry was posted in Discovery, eDisclosure, eDiscovery, Electronic disclosure, Integreon and tagged Vince Neicho. Bookmark the permalink.