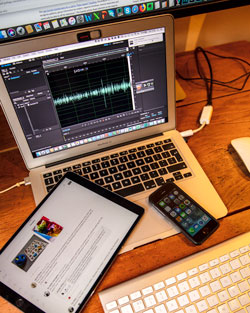 The importance of social media, including pictures, video, audio and  and the increasing volume of potential evidence created on phones and tablets, has been properly receiving much attention recently.

It brings with it questions of costs, cuts, and proportionality as law enforcement, defence lawyers, and parties to civil or regulatory proceedings either gape in bewilderment at the size of the task or, in the case of the UK Crown Prosecution Service, close their eyes and hope that it will all go away.

The subject is currently topical in the context of criminal cases in the UK. While I have your attention for that reason, it is worth highlighting some of the points which apply equally in a civil context.

Let’s start with an article by Grania Langdon-Down in the Law Society Gazette of 18 June with the title Law enforcers struggle with electronic evidence challenges. It covers several aspects of what is effectively the same problem – people who “unwittingly give away more on their devices than they would tell their closest friend or relative”, police accessing phone data without a warrant, and police and prosecution authorities keeping back information (whether deliberately or by oversight) from defendants. Alison Saunders, the about-to-be-ex-head of the Crown Prosecution Service admitted that the CPS had been “too slow” and had been “taken by surprise – and shouldn’t have been” by the range and importance of data on the phones.

It is hard to tell whether Alison Saunders is simply incompetent or whether she has been driven by prosecution targets, indifferent to the outcomes both for people who are wrongly charged (and perhaps convicted and imprisoned) and for the “victims” or “complainants” (there is a difference) whose attacker, rapist or burglar gets off because the evidence is not properly investigated. Either way, a lawyer in any jurisdiction, in civil or criminal proceedings, and on whatever side of the fence, will not want to be caught admitting that they were “taken by surprise” by developments in phone use. “I was no better than Alison Saunders” is not an admission to be proud of.

The disclosure theme was picked up by Lord Justice Gross in a speech called “Disclosure – again”. The whole speech is worth reading but its central points are in paragraph 5 where Lord Justice Gross says that the test for disclosure in the Criminal Procedure and Investigations Act is the right one, but adds that “improvements in disclosure must be prosecution led or driven, in such a manner as to require the defence to engage – and permit the defence to do so with confidence. The entire process must be robustly managed by the judiciary. The tools are available; they need to be used.”

The “tools” referred to in that context were the rules and procedures, but Lord Justice Gross goes on to talk about the use of technology, about the “investigative mindset” which must be brought to a case, about the appointment of “disclosure champions” within police forces (not a bad idea in law firms by the way), and about the need for “sufficient training and the time to conduct disclosure in a thinking manner, engaging as appropriate with the defence”.

He does not duck the cost and resources issues, saying (in paragraph 32):

My concern as to resources and remuneration can be simply expressed. On the police and prosecution side, the need is for sufficient training and the time to conduct disclosure in a thinking manner, engaging as appropriate with the defence. Disclosure can involve trawling through vast quantities of material (not least given the quantities of material generated on social media), hence a similar concern as to defence remuneration and engagement with the Court and the Crown. Resources and remuneration cannot be permitted to become a catch-all excuse for disclosure failures but no discussion on Disclosure can be complete or fair without addressing the topic.

On the use of technology, Lord Justice Gross said this:

It can fairly be said that technology has created many of our current disclosure problems. I am confident the technology, including AI, will ultimately – if not imminently – go a long way to solving them”.

Don’t hold your breath, perhaps, but it is good to see all these points are being considered at such a high and thoughtful judicial level. I wrote recently of the Serious Fraud Office’s use of OpenText Axcelerate technology to analyse large volumes of data. Some of the more advanced law firms are using AI (with a range of definitions of that term) to extract meaning and useful information from piles of data. It will be a while before the use of such tools becomes common, but pretending that the problem does not exist is no route to justice, whatever type of case you are responsible for.

There is a summary of the speech in an article in The Register called Senior judge: Put AI in charge of reviewing social media evidence – Court of Appeal beak reckons tech will help solve disclosure scandal

Casting more widely, a short article by McCann FitzGerald called Is the use of self-deleting apps legally defensible? looks at the difficulties caused by “ephemeral messaging”. This causes problems of preservation, and issues for lawyers who are required to state that their discovery / disclosure is complete. It also causes problems for data owners whose deletion of data may have been accidental or beyond their control but which will perhaps suggest that there was something to hide. This goes wider than ephemeral messaging and into auto-deletion in more conventional data stores, either for reasons of expense or in compliance (or purported compliance) with the GDPR requirement that personal information should be kept only for the purpose for which it was created, and deleted when the purpose has expired.

Lastly, and from the US, comes an article by Josh Gilliland headed Don’t go for forensic examination of cellphones without proportional discovery requests. Although that refers to a specific US case, the problems highlighted by the headline have wider implications and in all jurisdictions. If the starting point is remembering to think about, and ask about, newer sources of data, the second step is working out how much of it is worth collecting to ensure a fair assessment of the issues. Privacy issues grow with volume and diminish with selectivity in collection.

That, like most of the points raised here, applies in criminal proceedings as much as in civil ones.

I have been an English solicitor since 1980. I run the e-Disclosure Information Project which collects and comments on information about electronic disclosure / eDiscovery and related subjects in the UK, the US, AsiaPac and elsewhere
View all posts by Chris Dale →
This entry was posted in Discovery, eDisclosure, eDiscovery, Electronic disclosure, Mobile discovery, OpenText. Bookmark the permalink.