A few days in Ireland – cliffs, Brexit, cross-border discovery and the GDPR

The absence of new posts here sometimes leads to the assumption that I have died or retired. Nothing so exciting – I was in Ireland, mainly for the Sedona Conference Programme on Cross-Border Discovery and Data Protection Laws, held outside Dublin.

That is, by some margin, the most concentrated event of the year, and that’s just for the delegates, never mind the faculty. The days are long, as are the sessions, and the breaks are few and short. There was a lot to learn about and discuss this year, with the Privacy Shield, extraterritorial reach, and the GDPR among the agenda subjects, as well as new Sedona papers to discuss. I barely lifted my head to tweet, let alone write blog posts.

All good stuff, though, and the source of much useful material for the year ahead. I will write about it, and some of the things I missed, during next week – apart from a day trip to Germany to talk TAR, I am at my desk all week.

We stole a few days in County Clare, in the west of Ireland, before heading to Dublin. This view of the Cliffs of Moher memorialises both the holiday and the fact that today marks the first anniversary of the UK’s decision to ruin itself by plunging out of the EU. 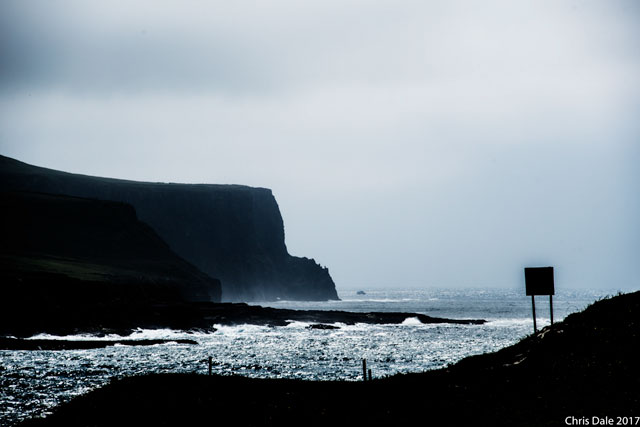 I was in Frankfurt for an eDiscovery event on the day of the referendum and we came across these flags in the Römerberg on an evening walk – the EU, the UK, Germany and Frankfurt side by side. We woke to a referendum outcome which had seemed so certain to be for Remain that we had not bothered to stay up and watch it. I suspect one of those flags came down at dawn on the following morning. 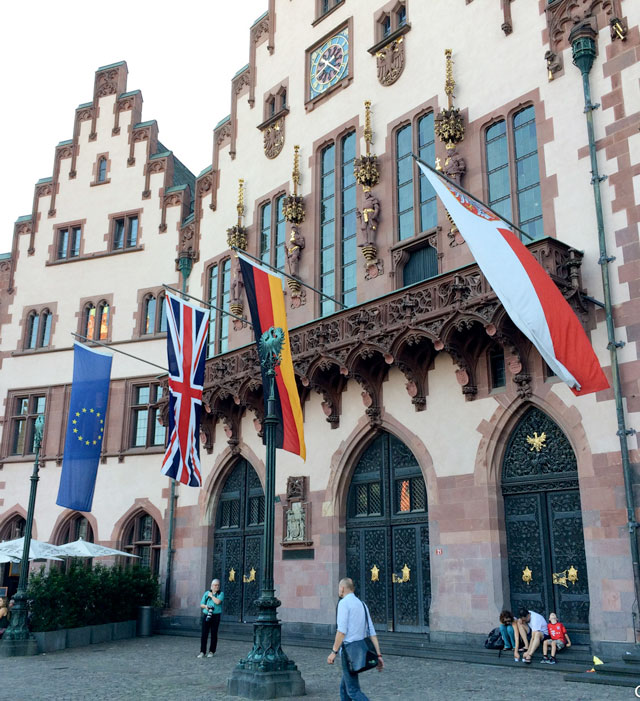 As I write, Prime Minister Theresa May has (as one tweet put it) effected the transition from soi-disant “bloody difficult woman” to “bloody desperate woman” as she blusters and bumbles her way through negotiations which she is quite unfit to lead.

May has today claimed that 80% of the country is pro-Brexit – a straightforward lie. Many who voted for her party did so to keep Jeremy Corbyn’s Labour away from power. Many who voted for Labour, especially the young, did so because of Corbyn’s extravagant offers of free stuff, to be paid for by inchoate promises to tax businesses and “the rich”. To aggregate the votes thus won by both main parties and claim the total as being “pro-Brexit” is just dishonest.

There is a vestigial hope that we can avert this disaster. Meanwhile lawyers and discovery providers are among the few who can hope to gain from the mess. The government has promised to comply with the GDPR after Brexit but it is no clear that David Davis, the useless charlatan in charge of exiting the EU, has any idea what the GDPR is or why it matters for transatlantic data flows. It is unlikely that the EU will give us an easy ride as we claim the “adequacy” of our data protection laws. The ensuing shambles should keep us all busy for years.

I have been an English solicitor since 1980. I run the e-Disclosure Information Project which collects and comments on information about electronic disclosure / eDiscovery and related subjects in the UK, the US, AsiaPac and elsewhere
View all posts by Chris Dale →
This entry was posted in Brexit, Cross-border eDiscovery, Data privacy, Data Protection, Sedona Conference. Bookmark the permalink.