The UK summer of 2016 explained for foreigners…oh, hold on, there’s news coming in..

I started this morning to write something about the UK for the benefit of those outside it who might be a bit confused with the multiple strands of chaos and confusion running in the few days since the Brexit referendum. I got this far as my introduction…

Much of my job involves explaining the eDiscovery systems of one jurisdiction to another. That extends, occasionally, to trying to explain wider UK matters, chiefly to Americans. Where does one begin with the summer of 2016 as it stands at the moment?

David Cameron, still Prime Minister, was booed at Wimbledon on Sunday. Someone rightly observed that the UK looked inglorious enough to the world without people booing their own Prime Minister.

Andrea Leadsom, one of two candidates to replace him, has a CV which might charitably be called “imaginative” at best and, having used her own fertility to deride her childless opponent Theresa May, first denied having done so, and then apologised, after a fashion, only when the tapes showed that she had.

Former Prime Minister, Tony Blair, was pilloried last week for his role in the Iraq war following publication of the Chilcot Report.

Her Majesty’s Loyal Opposition, aka the Labour Party, is disintegrating, not helped by the lousy drafting of its constitution and the intemperate language of those who support it (or do they oppose it – I have lost track?). One key question was whether the incumbent leader, Jeremy Corbyn, has an automatic right to stand in an election prompted by a leadership challenge.

Opposition to Brexit includes deeply technical arguments about who is entitled to initiate the actual process of leaving the EU on top of disputes as to whether the referendum is the last word on the subject or only the first.

Similarly, technical arguments gather round the apparent stabilisation of the FTSE100. Sterling has crashed (which probably explains the apparent FTSE rise). Every story of new investments is matched by a dozen stories of jobs, orders or investment lost. Among the worst hit are those who voted to Leave – farmers dependent on EU subsidies, whole regions which would have died years ago without EU funding, and pensioners whose vote was a cry for the good old days and who now find their pensions facing sudden decline.

There has been a disturbing upturn in the number of racist incidents, as those whose Leave vote was based on a distaste for immigration find, to their surprise, that all “foreigners” were not being rounded up on the morning after the referendum.

The worst threats to the solidity of the Union turn up in the same week as we commemorate the brave deeds of Welsh, Scottish and Irish soldiers, as well as English ones, at the Battle of the Somme in 1916.

Meanwhile, the business of government seems to stumble on.

At this point, Andrea Leadsom pulled out of the race, leaving Theresa May the only contender as leader of the Conservative Party and therefore Prime Minister in waiting. The markets shot up – Leadsom’s role in the last economic crisis may have been overstated in her CV, but she will be gratified by her influence on this one.

Labour demanded a general election and, a few minutes later, announced that Angela Eagle had received enough nominations to stand against Corbyn. A leadership challenge coinciding with an election would not be my choice of strategy, but then the present leadership always did prefer the purity of the debate over the possibility of getting elected. Poor Angela Eagle launched her press conference to find that any political commentators of note had fled to cover the Leadsom story. She might like to find a new graphic designer before going any further – this one appears to say “Aaarrgghhh!”, a sentiment with which we can all sympathise.

I give up trying to write about this. Every one of those who initiated the Brexit demands has left the scene, stabbed in the back or falling over their own feet, leaving our exit in the hands of a new PM who was not in favour of it.

Meanwhile, 1,000 lawyers have signed a letter to the Prime Minister demanding that the Brexit button (a notice under Article 50 of the Treaty of Lisbon) be initiated at the hands of Parliament and not the executive alone.

It turns out that we still have a Liberal Democrat Party. Their leader, someone called Tim Farron, is demanding a general election partly on the basis that Mrs May has no mandate because she was not elected to that post (we don’t elect Prime Ministers, but that did not stop David Cameron complaining on that ground when Gordon Brown finally lifted the leadership mantle from Tony Blair), but also because Brexit played no part in the mandate of the present government.

There is talk of a new Centre Party. I’ll call you back on that one.

All are wondering what post will be given to Chris Grayling as his reward for being Theresa May’s campaign manager. Nasty, dishonest and incompetent, he has already screwed up at the Ministry of Justice, from which Cameron demoted him. What post will he be given to foul up this time? 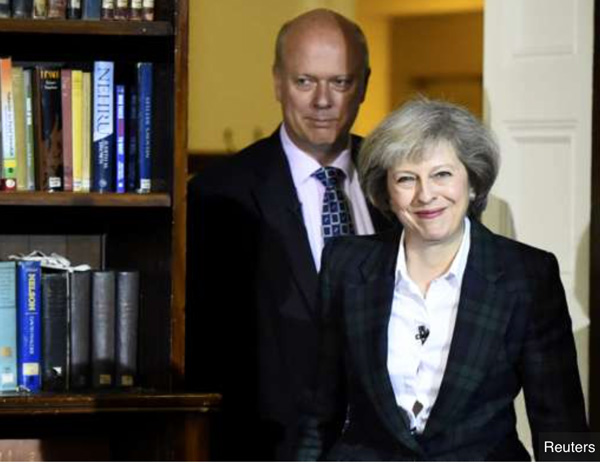 Meanwhile, life goes on, after a fashion. The pen-pushers quietly get on with pushing their pens and shuffling their paper as the politicians grin and caper on their little stages. Not only do we have no plans for Brexit but we have nobody wth the skills to produce them and to manage the immense task of drafting a new business and political relationship with the EU and the rest of the world. We are going to have to recruit abroad, which is a pretty paradox in the circumstances.

What does it all mean for discovery providers? Get stuck in, I say. I have already written of the opportunities Brexit offers for those with cross-border data skills. Whatever the legislative outcome of Brexit, there will be disputes aplenty and an immense regulatory reshuffle.

I’m going back to writing about case law and technology, about past conferences and forthcoming webinars.

I have been an English solicitor since 1980. I run the e-Disclosure Information Project which collects and comments on information about electronic disclosure / eDiscovery and related subjects in the UK, the US, AsiaPac and elsewhere
View all posts by Chris Dale →
This entry was posted in Brexit, Discovery, eDisclosure, eDiscovery. Bookmark the permalink.