Something for everyone at CEIC in Las Vegas

CEIC is the Computer Enterprise Investigations Conference, run every May by Guidance Software, and this year once again at Caesars Palace in Las Vegas. It takes place from 18-21 May and I will be there, as I have been for many years. Here are some of the photographs which we took last year.

CEIC began as a forensics event, just as Guidance Software itself began as a forensics company. Over the years CEIC has extended its remit in line with Guidance Software’s expansion into eDiscovery and cybersecurity. Delegates can advance their EnCase certifications, see software demonstrations, hear about trends in eDiscovery and security matters, and mix with others with the same interests and problems from all over the world. The latter point is is emphasised by the fact that the event includes training sessions for Spanish speakers given by Spanish speakers. 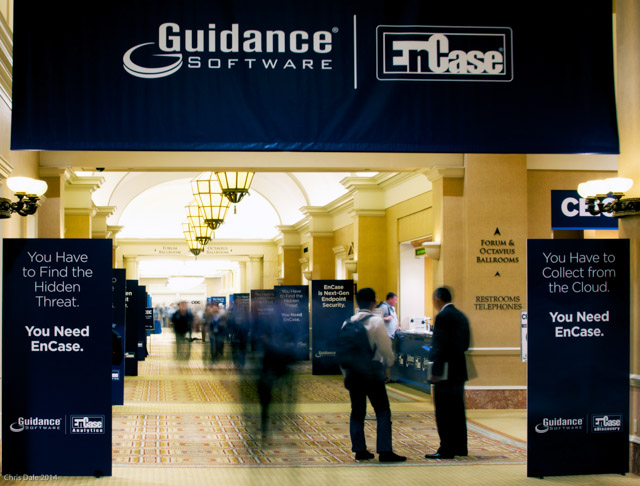 The event is hosted also to Guidance Software’s CISO/CLO Summit on 18 May. On past form, it will be host also to many dinners, parties and other social events.

I am taking part in three panel sessions. I am moderating the International eDiscovery Panel on Data Protection, Privacy and Cross-Border Issues, with US Magistrate Judge Andrew Peck, Jim Daley of Seyfarth Shaw and Scott Cohen of Winston & Strawn. This is a 90 minute panel which should give us ample time to draw on the legal and technical skills of this high-profile team. Another panel with international implications is one called Digital Investigations in International Jurisdictions led by Nick Pollard of Guidance Software in the UK.

There is a change of tack with my third panel which is called Information Governance and eDiscovery: can they really go hand-in-glove? Moderated by Scott Carlson of Seyfarth Shaw and with Sean Pike of IDC and Jay Carle of Seyforth Shaw as my fellow panellists.

Skimming through the packed agenda I can see a couple of other panels which I will do my best to attend. One of these is called The Intersection of Privacy, Security and eDiscovery, led by Ed McAndrew of the US Attorney’s Office and involving Chad McManamy of Guidance Software and David Steel of Home Depot. I will also make a point of going to a session called eDiscovery Hot Topics: Cloud Connectivity, TAR Challenges, SaaS, led by Daniel Lim of Shook Hardy & Bacon.

My son William will come with me and we will do some video interviews whilst so many significant players are gathered in one place. Here is one we did last year with Guidance Software’s Mark Harrington on the challenges of BYOD for General Counsel.

I have been an English solicitor since 1980. I run the e-Disclosure Information Project which collects and comments on information about electronic disclosure / eDiscovery and related subjects in the UK, the US, AsiaPac and elsewhere
View all posts by Chris Dale →
This entry was posted in Discovery, eDisclosure, eDiscovery, Electronic disclosure, Forensic data collections, Guidance Software. Bookmark the permalink.