The importance of geolocation data as evidence

Craig Ball has written, with his usual mix of learning and practicality, about the availability of geolocation information derived from our every day use of devices connected to the Internet, particularly those which make use of cell tower sites.

Most of us, consciously or unconsciously, make a Devil’s pact in respect of this data. It is the very antithesis of privacy that your location, and the history of your past locations, can be tracked in this way, but many of us are willing to trade the privacy for the convenience. Others are blind to the privacy implications, somehow thinking that Google et al give us all this data out of the goodness of their hearts.

Craig’s article told me something I had forgotten – that you can look up your own travel history via Google. Here is mine for a visit to Manchester earlier this week: 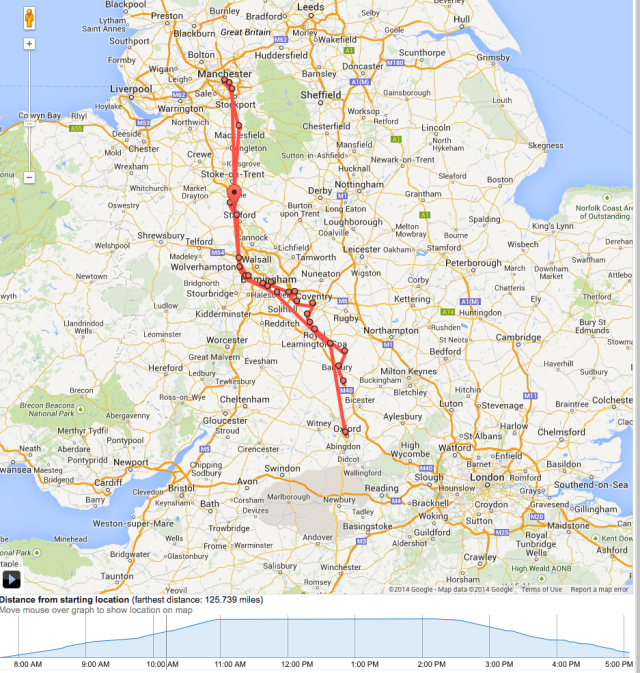 The timescale at the bottom shows where I was at any particular time – hover over it (in the live version) and the red line adjusts accordingly.

It is not entirely accurate. It is not true, for example, that I took a dip in the Thames at 07:41 this morning as this picture appears to show:

…but I was not far away from there. I’m not entirely clear why the map shows a single point rather than my course to and from that point, but this information would support my claim, if I ever had to make it, that I was not engaged in a burglary in Burnley at the time – we tend to forget that this evidence may help acquit us, not merely condemn us.

Here is another example taken on the same field a few weeks ago. It is two out of a series of eight photographs of a Virgin balloon which, when I first saw it, looked likely to come down, with all its passengers, on the main railway line to Birmingham (you can find the whole sequence here). 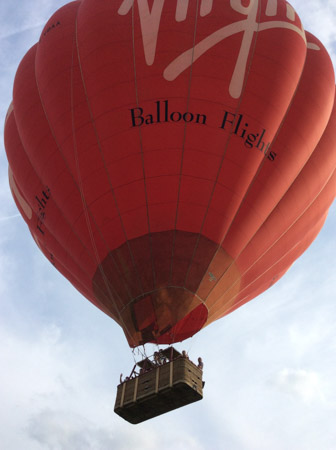 I thought I ought to photograph it, in case I was the only witness to do so. My iPad (which I was carrying for its music, not its camera) did not merely capture the event, but time-stamped each photograph together with a record of the place on which I stood as I took the photograph. This image shows where I was as I took each picture… 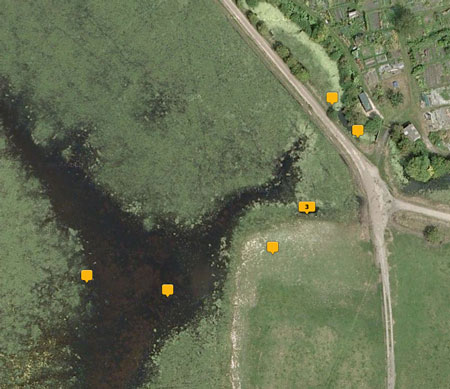 …and that I was moving, not least to minimise the possibility of the damn thing coming down on my head. This image was imported into and then exported from Lightroom – the point here is that the geolocation data survived the transition from iPad to Lightroom.

Commercial lawyers will sneer, as is their wont, and say that this sort of thing may be useful for crime, matrimonial or personal injury litigation but has nothing to do with the more rarefied atmosphere in which they work. Here are some examples which undermine this theory:

A recent article by FTI Technology called Using smart phone location services to help solve investigations tells the story of an employee who had set up a competing business. Geolocation data of the same kind as I mention above showed that he had photographed the old employer’s manufacturing plant floor; the article includes other such examples.

Many disputes involve contested allegations about meetings between the players. Geolocation data might not prove beyond all doubt that a person was or was not in a given place at a given time, but it will go a long way to support or undermine such evidence.

As a specific example of this, allegations of insider trading or other events of potentially great significance may turn on interaction between players which may be proved or otherwise by such evidence.

The recent UK case of AA v The London Borough of Southwark included an analysis by the judge of the mobile phone records of witnesses, allowing him to conclude that they had colluded in the preparation of their witness statements.

It is certainly not something for every case. It won’t be long, however, before a lawyer gets into difficulties because of failure to ask whether any aspect of the case may be proved or undermined by evidence of this kind which he or she neglected to ask about.