The illusion of progress while producing confusion, inefficiency and demoralisation

You may have come across the quotation attributed to Gaius Petronius Arbiter who, in Nero’s time, apparently wrote:

We trained hard . . . but it seemed that every time we were beginning to form up into teams we would be reorganized. I was to learn later in life that we tend to meet any new situation by reorganizing; and a wonderful method it can be for creating the illusion of progress while producing confusion, inefficiency, and demoralization. 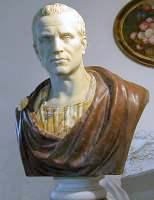 I saw it retweeted this week. It seems so apt for our times – companies, government departments, law firms, academic institutions and local authorities all hope to create the illusion of progress by fiddling with things. In a slightly different context, software companies are forever frigging around with their applications – Evernote is the most recent example to affect me – producing confusion, inefficiency and demoralisation under the guise of progress.

As this article, Debunking Gaius Petronius Arbiter, shows, this very 20th century set of sentiments in fact originated … in the 20th century. Its alleged classical roots give it a spurious heritage which it does not really need – if it were written yesterday, it resonates with anyone who works in a large organisation or who is affected by it.