Seeing rather too much of London this week

Fate is usually kind enough to give me spaces between the big events and time enough to write them up before the next one. Fate has not been so kind this week: with two major events yet unreported (Hong Kong and the Nuix Information Governance Forum in Palm Beach), I have had to spend more time in London in a week than I usually do in a month. A single meeting involves a at least five or six hour round-trip, and having to go up most days leaves little time for writing.

All good stuff though, and I would not miss any of it. On Wednesday, Epiq Systems hosted a panel discussion on judicial attitudes to technology-assisted review. The panel comprised (from left in the picture below) Senior Master Whitaker, Bob Lewis from Barclays Bank, US Magistrate Judge Andrew Peck, and barrister Shantanu Majumdar. Much was said which is worth recording here, as you would expect from a panel of this calibre, and I will come back to it shortly.

I had to scuttle back from that to record a webinar with Andrew Sieja and Nick Robertson of kCura, again on computer-assisted review. Between us all we will get across the idea that predictive coding is not the “black box” of popular escapist fiction (“escapist” implying the lawyers’ curious wish to find any excuse to duck the realities of document review costs).

Today, amongst other things, I have been to Recommind’s splendid party at TOTG – Top of the Gherkin, the London equivalent of Recommind’s  Top of the Rock parties which have become a fixture at LegalTech.

From there, on a fine evening, one could see Canary Wharf… 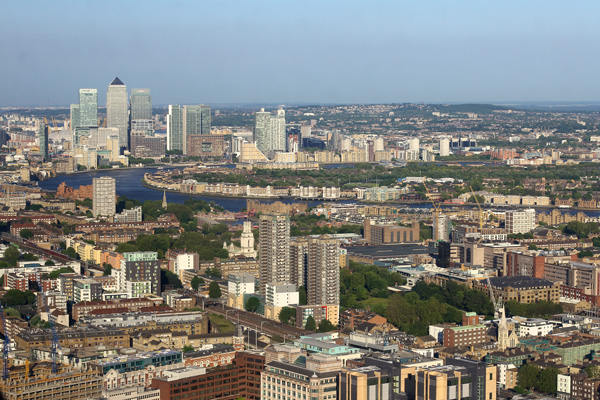 … the Tower of London and Tower Bridge, the latter decorated with the emblem of some sporting event which we are, apparently, banned by law from mentioning for fear of compromising the financial interests of the sponsors… 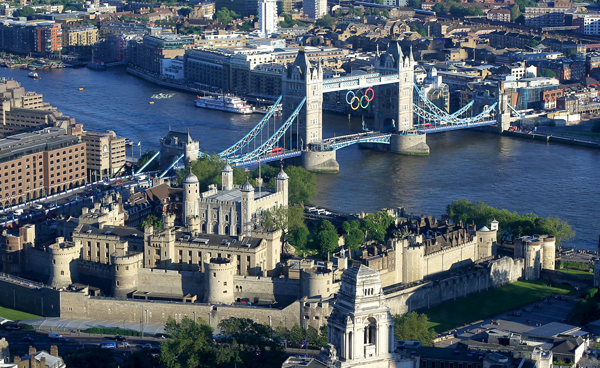 … and HMS Belfast, whose forward guns are apparently trained on the South Mimms service station. The grotesquely expensive white elephant at Stratford would therefore be well within range of the aft turrets when the sponsorship-with-added-hop-skip-and-jump is over in July.

The time-consuming London activities have included upgrading my camera. I have been getting slightly tired of a high proportion of of out-of-focus photographs and intended merely to trade my old lenses for better ones. I am not sure how that turned into replacing the camera itself – a kind of mercantile mission-creep. I rejected the first camera and lens, which meant lugging them and all the boxes back up to London today, only to find that the Gherkin has security screening similar to that an airport.

No matter – it was worth it for the views and for evidence that the replacement camera can actually focus properly.

Tomorrow is LawTech Camp London, with Richard Susskind amongst the speakers, followed by a re-run of the talk which HHJ Simon Brown QC, Nigel Murray of Huron Legal and I gave a few days ago (see Discussing UK eDisclosure developments with HHJ Simon Brown and Huron Legal). No, I have never been asked before to go in and talk to a law firm last thing on a Friday, but I am certainly not turning down the opportunity.

After that…well I will leave that over till I have done it, and it has nothing to do with eDiscovery / eDisclosure anyway. On Sunday, I can start catching up with the pile of interesting material which has been accumulating. Then there is a decent gap before the next aeroplane trip. 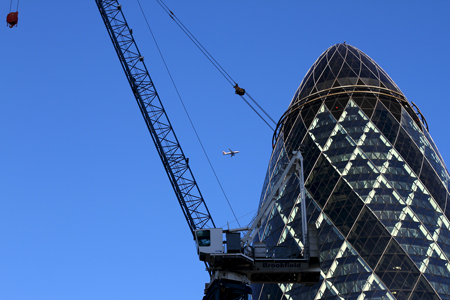 I have been an English solicitor since 1980. I run the e-Disclosure Information Project which collects and comments on information about electronic disclosure / eDiscovery and related subjects in the UK, the US, AsiaPac and elsewhere
View all posts by Chris Dale →
This entry was posted in Discovery, eDisclosure, eDiscovery, Electronic disclosure, Epiq Systems, Huron Legal, KCura, Nuix, Predictive Coding, Recommind. Bookmark the permalink.