A Flock of Articles on Computer-Assisted Document Review

What tells the swallows to gather on the telegraph wires before starting their migration southwards? One has to ignore, I think, the possibility that the telegraph wires are part of their communications network. Perhaps the birds all use an avian version of Twitter. Perhaps, indeed, that is why Twitter is called Twitter.

The subject comes up because last week saw a number of articles about computer-assisted document review after what I described recently as A Lull in the Predictive Coding Battle. These do not appear to be copycat articles (except this one, which is expressly reactive to the rest) and each of them must have been written in ignorance of the fact that others were also writing on the subject. There appears to be no common springboard, and they are comment articles rather than combative ones by participants. Perhaps everyone needed to write one last article before pushing off on holiday and this was thought to be an easy subject.

That conclusion does not in fact do justice to the quality of some of these articles. For those of you who do not have Twitter permanently open on a dedicated screen, it might be helpful if I draw attention, without great commentary, to the more interesting of them. I should say, incidentally, that I do not by choice do two big articles on the same subject within a a few days – there is plenty of other good technology out there, other areas of eDiscovery / eDisclosure of significance and much to write about that is not directly about technology at all, such as the certification debate. The real theme here, and the reason why these articles are worth capturing in one place, is that they encourage investigation into what is right for your cases, which may be something far less sophisticated than the predictive coding technology which gives this spate of articles its label.

If I include my own one first, it is because of a comment which came from a reader and not because it needs another airing so quickly. It was called Judge Peck and Predictive Coding at the Carmel Valley eDiscovery Retreat and its timing followed the speech it reported. Reactions included an e-mail comment which, whilst approving of the article itself, reckoned I had omitted one important subject. Lawyer adoption of discovery technology is slow, my correspondent said, because lawyers earn a great deal of money from manual review and have no interest, in any sense of the word, in investigating ways of reducing the chargeable hours.

I left this subject out of my article mainly because it formed no part of the speech which I was reporting. I don’t mind being discursive (you can go elsewhere for the short, snappy stuff) but some articles must stick to their headlined themes, and this was one. Besides, once you start looking at what are colloquially called “vested interests” (“colloquially” because the true meaning of the term has a narrow legal sense) where do you stop? Every change in business practices brings winners and losers. If you talk up technology solutions, you appear to be running down outsourced document review (you are not, or, at least, I am not – it is the informed choice which matters); reduce discoverable volumes and you hit hosting fees; reduce lawyers’ chargeable hours and – well, they have to find a better way of offering value to their clients. That is how business evolves.

Legal Technology News filled some summer space with a re-cap Bragging Rights or Blowing Smoke? Recommind alienates the e-discovery community over coding patent of the story of Recommind’s predictive coding patent, the reaction to it (specifically Equivio’s “Competition is good for customers and good for the industry…..We say — let’s compete on merit”), and Recommind CEO Bob Tennant’s rejoinder that “if nothing else, the ruckus acknowledged the importance of automation to the future of legal discovery”. I looked into Recommind’s San Francisco office a few days ago, said hello to Bob Tennant and admired the view from his office window. 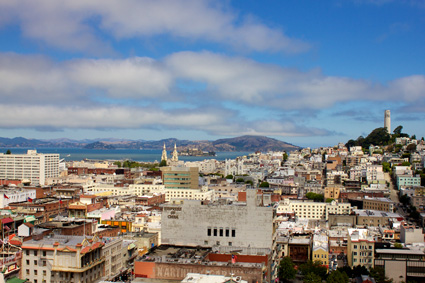 I did not press him as to where the argument will go next – I am more interested in “the importance of automation” than in the “ruckus”.

That was true too of the others who wrote about computer-assisted review last week, including Recommind’s own Howard Sklar. His article in Metropolitan Corporate Counsel was called Match Point With Recommind’s Predictive Coding – It’s “Man With Machine,” Not “Man vs. Machine”.

If for the sake of neutrality you leave out the references to Recommind itself (I take no position on this for the purpose of my summary but would not want a good article to be ignored because it is written by one of the players in an IP spat), Howard Sklar’s piece is worth reading all the way through. If you are not scared of misrepresenting the position to a court or regulator (and you should be), focus on the costs point which Sklar makes. The point is not that any one method is ipso facto better than another but that if you do not understand the relationship between time, cost and accuracy – together the components of proportionality – then you are not equipped to make a choice between the different ways of tackling the eDiscovery / eDisclosure problem. If you cannot make a choice between keywords, clustering, lawyer review, predictive coding and the rest because you do not understand them then how can you properly conduct the cooperative discussions with opponents or the necessary arguments before the court?

Look next at an article in Legal Technology News by Farrah Pepper, of counsel at Gibson, Dunn and Crutcher called Robot Review: Will predictive coding win the trust of the courts?  Like Judge Peck in the speech reported in my article, Farrah Pepper reviews some of the cases and learned papers. I like particularly this section:

But what if the computer gets it wrong? How does counsel justify the reasonableness of relying on an algorithm rather than the judgement of an experienced legal professional (and in many cases, a lawyer or law school educated human being?) Some commentators suggest that the question be flipped to ask how counsel rely on the human brain, prone to daydreaming, and which, according to at least one study, gets the coding wrong as much as, if not more often than, the machines do.

Any opponents of technology have to address this issue.

If you missed the New York Times article to which Farrar Pepper refers, you may care to look at two articles which I wrote at the time, one called King Ludd and the lawyers – eDiscovery and the Luddite Fallacy and the other called Lawyers replaced by computers for ediscovery search – a retrospective not just for what I said at the time but for links to parallel articles by Ralph Losey and others. These two subjects – the use of technology as a matter of defensibility and the future of litigation lawyers are inextricably related.

Metropolitan Corporate Counsel has an interview with Alitia Faccone, a partner in the Business and Financial Services group of McCarter & English, LLP called The Brave New World Of Predictive Coding. It takes in rule-making and judicial reactions, saying of Datel Holdings, Ltd. v. Microsoft Corp., 2011 WL 866993 (N.D. Cal. Mar. 11, 2011) that “the court held that a software glitch resulting in mistaken production of documents should be deemed inadvertent and the privilege had not been waived.”. US Magistrate Judge Elizabeth Laporte, who gave the Datel opinion, was one of the speakers at the Carmel Valley eDiscovery Retreat and I went to see her in her court afterwards. There is no tolerance of incompetence there and, as Judge Laporte said at the conference, “you have got to have police on the block”, but this case is a welcome sign that not every defect is sanctionable. The link here is not some implication that analytic software is any less reliable or accurate than humans – far from it – but that competence includes being able to take a view as to what is right, and to justify your actions even if the outcome was less than perfect.

Alitia Faccone also picks up, as I did in my article, what US Magistrate Judge Paul Grimm said in the podcast which I did with him last year, with the same quotation to the effect that technology will always outpace us and that someone must have the courage to go first. He was not urging recklessness, or even daring, just alertness to the kind of developments which Alitia Faccone covers towards the end of the article.

Finally in this summary of recent articles, Metropolitan Corporate Counsel (again) brings the welcome return of ZyLAB’s Mary Mack to a commentary scene in which she has been muted for a while – too much else going on, she said when I saw her at Carmel, which is a good sign. Her article is called Machine-Assisted eDiscovery Processes For Cost Reduction, Defensibility And Quality Control. It reminds us by omission that not all computer-assisted discovery carries the label “predictive coding” and that ZyLAB, like other providers who offer computer processes as servant to the legal mind, emphasises “transparent checks and balances so that practitioners don’t feel like they are taking a leap of faith with machine processes”.

This takes us back, perhaps, to the heading of Howard Sklar’s article It’s “Man with Machine” not “Man Vs Machine” – the male embraces the female, as we say in English law, and nothing gender-specific is implied by the headline. The theme of all these articles is lawyers and courts embracing technology. One of the defects in the March New York Times article was the implication that lawyers would simply be relegated to a button-pushing role, which is not exactly encouraging to those who make the decision to adopt – or at least consider – a technology approach to the technology problem.

The response to that by me and by Ralph Losey was that lawyers must acquire new skills without which they will be left behind – I got some Twitter approval, incidentally, for my sentence in a recent post which read

We seem, however, to be going at the speed of the slowest members of the eDiscovery wagon train, and it is perhaps time to leave them to be picked off by hostile courts and unfriendly clients

At this time of year, the newspapers all carry reading lists for the long hours in the garden or on the beach. You could do worse, this summer, then to read each of the articles referred to here and some of the papers linked from them. Draw only one conclusion, perhaps: you cannot approve, condemn or ignore any method of conducting electronic discovery / disclosure without looking at it and assessing its value – the costs, risks and benefits – for the cases which you encounter as a company or handle as a lawyer. John Markoff may not have been entirely right in his gloomy New York Times article, but he was not entirely wrong.

I have been an English solicitor since 1980. I run the e-Disclosure Information Project which collects and comments on information about electronic disclosure / eDiscovery and related subjects in the UK, the US, AsiaPac and elsewhere
View all posts by Chris Dale →
This entry was posted in Discovery, eDisclosure, eDiscovery, Electronic disclosure, Equivio, Predictive Coding, Recommind, ZyLAB. Bookmark the permalink.