I could sit here all morning trying to come up with a succinct heading which captures everything which is going on in eDiscovery / eDisclosure at the moment. The big things happening at a corporate level have greater long-term significance than mere changes of ownership, but the conferences, the articles, the cases and the rest don’t stop because of them. I have been at back-to-back events – IQPC in London and CEIC in Orlando, with a panel about the Bribery Act at Pinsent Masons with thebriberyact.com in between; there is more coming up. My heading, workmanlike rather than inspired, reminds us that this everyday stuff goes on daily whilst a bigger game plays out in corporate board-rooms.

I wrote up IQPC before I left for Orlando and will write about the Pinsents event and CEIC shortly. I rarely post things (or even tweet) when I am away, and this short piece is just to confirm that I am still (or again) at my post. The sentry duty analogy is deliberate: just before I left, Autonomy bought Iron Mountain’s digital assets; Gartner’s Magic Quadrant for eDiscovery Software came out whilst I was in Orlando; I had just parted company with Eddie Sheehy of Nuix when the announcement came through of a major investment in Nuix; I dropped off for a few minutes yesterday evening (I don’t need much sleep, but whole nights spent flying have to be made up somewhere), and woke to discover that Symantec has agreed to buy Clearwell Systems (the links are to their respective announcements); the wires are full of Recommind’s announcement of a partnership with email archiver Smarsh. The international ediscovery world is spinning faster than it did last week.

These are all interesting and important and I will come back to some of them in due course. Much of it is analysts’ territory, and I am concerned more with the nuts and bolts of e-discovery / e-disclosure – what judges are thinking, what lawyers should be knowing and doing, and what practical problems face them. I will let the news stories simmer whilst I catch up with what I have been hearing and speaking about at the hands-on level. They are different strands of the same story anyway – the continuum from email archiving through to ediscovery for litigation and compliance purposes appears in both the company stories and the day-to-day practical stuff.

So, separate posts will appear over the next few days about the link between the Bribery Act and information governance, about Craig Ball’s masterly and entertaining marathon explaining forensics for lawyers and vice versa, about the CEIC judicial panel and about the cross-border session in which I took part. By the time I have done that, with any luck, the analysts will have boiled down the news stories into themes which I can point you to, and I will have moved on to a range of coming events whose diversity illustrates the scope of this subject. 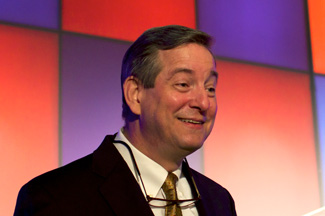 Let me entertain you: Craig Ball does forensics for lawyers at CEIC

Ready for a run-through of EnCase V7

Next up is an event in Birmingham with First Advantage Litigation Consulting at which Drew Macaulay of First Advantage and I will talk about the eDisclosure Practice Direction and Electronic Documents Questionnaire with an emphasis on both the practical and the positive aspects.

After that I am going to a large national firm with Ben Hammerton of Epiq Systems to cover much the same ground, and also helping to continue Epiq’s commitment to education by taking part in a breakfast seminar with them.

On 7 June I am moderating an event for AccessData in Frankfurt with a range of speakers whose theme is the inevitable growth of electronic discovery in Europe generally and Germany in particular.

22 June will find me in Hong Kong, speaking at InnoXcell’s e-Discovery and Data Retention Conference. My specific subjects there are the practice directions of the UK, Singapore and Australia with Senior Assistant Registrar Yeong Zee Kin of the Singapore High Court and Nuix, Litigation v Investigations with FTI Technology, and Litigation Costs with Browning Marean of DLA Piper and FTI Technology. Judge Waxse will be there as well, carrying his messages about proportionality, competence and cooperation to the wider world

What connects the UK regions, Germany and Hong Kong with Orlando, the home of Disney World, and what links compliance, e-discovery, forensics, and court rules? They all come down to knowing what you have got in the way of electronic information and making it available as quickly as possible in a way which combines proportionate completeness and accuracy with cost-effectiveness. If the starting point is information management (which is where the email archiving comes in), and the end-point is producing what is needed to opponents, courts and regulators, the lynch-pin is preservation and collection, and that is what CEIC is centred on.

CEIC stands for Computer Enterprise Investigations Conference, run by Guidance Software and based around their expertise in data collections, but attended by many others in the same space and increasingly extending into the purposes for which the data is needed and into subjects like my session on cross-border collections. I go each year partly for that and partly because I sit on Guidance Software’s Strategic Advisory Board, but also because the people I see there cut across all the other subjects which I have mentioned above.

I spoke, for example, with Debra Logan, the principle author of the Gartner EDiscovery Software Magic Quadrant; unsurprisingly, the companies which are the subject of recent news all appear prominently in it, not least Guidance Software itself, up in the Leaders quarter with FTI Technology, kCura, Clearwell and Autonomy.

US Magistrate Judge David Waxse was amongst the speakers on the US procedural side which, as I have noted frequently, sees increasing commonality in ideas with the other jurisdictions in which I am involved. It was flattering to find that the articles cited in his presentation included one of mine. Another was by Ralph Losey, whose e-Discovery Team blog has much in common with mine; I found myself sitting opposite Ralph at dinner one night, alongside Browning Marean (who, as I have said, will also be in Hong Kong).

I travelled in the same plane as Kate Paslin of AccessData, with whom I did a panel at IQPC and who will be at Frankfurt, and with Morgan Sheehy of Nuix. The cross-border panel in which I took part involved Germany privacy and data protection, which will inevitably come up at Frankfurt. I will not list them all, but there were many others at CEIC whom I come across at other conferences and whose contribution to the debate at parties, dinners and other informal occasions is as great as their contribution from the platforms. That continued right to the airport, where I came across Geoffrey Lambert of e-law in Australia, full of ideas gleaned from the conference.

CEIC’s venues (Orlando alternates with Las Vegas) encourage this mix of powerful presentations and informal conversation. However remote a Florida poolside may seem from Birmingham, Frankfurt or Hong Kong, the learning and the thinking travels with those of us who seem to spend our time in airport lounges.

The Orlando setting for CEIC 2011

I will spare you (for the moment) my reflections on why I will not travel by Virgin Atlantic again unless I really have to (that’s 150,000 miles a year you’ve lost, Branson), on the seductiveness of the South Seas travel idiom which dominates the Loews Royal Pacific Resort, and on Twitter as THE source of contemporaneous news and opinions. The session reports and industry news come first.

I have been an English solicitor since 1980. I run the e-Disclosure Information Project which collects and comments on information about electronic disclosure / eDiscovery and related subjects in the UK, the US, AsiaPac and elsewhere
View all posts by Chris Dale →
This entry was posted in AccessData, CEIC, Clearwell, Data privacy, Data Security, Discovery, e.law International, eDisclosure, eDiscovery, Electronic disclosure, Epiq Systems, FTI Technology, Guidance Software, KCura, Nuix, Recommind, Symantec. Bookmark the permalink.