E-Disclosure and E-Discovery at home and abroad

I have given my first law firm talks since the Edisclosure Practice Direction became official and have started talking to my sponsors about its implications for them – the questionnaire gives them a useful and early role, if they are ready to give help to lawyers who need it; the speakers for my international judicial panel for the Masters Conference in October are booked; other autumn conference plans are moving forward. The new season is well under way.

I will come on to these things in a moment, including a quick digest of some points from the PD which may not be immediately obvious. They are not the only reason why there has been a gap since my last article: I have been off on my summer holidays – well, it was a long weekend really, and not that long, just half a day tacked onto a weekend before I had to get back for an interview. Maybe next year.

We have been at my mother’s house at Orford on the Suffolk coast.  The word “defensibility” means something rather more tangible in Orford than it means in ediscovery.  Orford Castle was built between 1165 and 1173 and its keep dominates the skyline still. On Orford Ness, a narrow strip of land between the River Alde and the sea, secret military tests were conducted from the 1930s onwards, first on radar and later on cold war weaponry, for which purpose the curious Pagodas were built. It was also the home of a post-war over-the-horizon radar station for an Anglo-American system called Cobra Mist, abandoned in 1973. Orford Ness lighthouse may have been the source of the lights reported in the 1980 Rendlesham Forest UFO sightings, and attributed at the time to triangular flying objects – the only known example of someone demonstrating their technology and not following it up with a sales call.

This was a brief hiatus before activity picks up on both domestic ediscloure and international ediscovery. The UK’s Edisclosure Practice Direction comes into force on 1 October, and I have given my first law firm talks on the subject to one of those good regional firms which, I have suggested, have everything to play for in document-heavy litigation. That type of work used to require large teams and other resources available only to the biggest firms. The practice direction should see an end to the “brute force and ignorance” approach to edisclosure; the cudgel should give way to the stiletto, as firms learn to use the rules and the technology to narrow the disclosed documents as early as possible down to those which matter or which matter most. The practice direction requires [paragraph 6 (2)] that technology should be used in order to ensure that document management activities are undertaken efficiently and effectively. You do not need to be a big firm to handle large volumes, just aware of the tools which exist and (just as importantly) how to use the rules and the cases to meet the clients’ objective – which is not usually disclosure for its own sake.

As well as talking to lawyers, I have been out mixing with technology providers and consultants. Three themes cropped up during those discussions:

1.    There is a fine line between the cooperative purposes behind the questionnaire and its tactical use to wrong-foot opponents. The express purpose of the practice direction is to encourage and assist the parties to reach agreement in relation to the disclosure of electronic documents in a proportionate and cost-effective manner. Co-operation (as I have heard one or two American judges put it) is “not all sitting round the camp fire singing Kumbaya”. You can picture two parties to litigation who are otherwise evenly matched: one is on top of the subject, and completes his questionnaire promptly, including his summary of what he expects from his opponents. The other party struggles to collect the information or to articulate what he is expecting. At what point does “a proportionate and cost-effective manner” become tactical bullying? How does one distinguish between a party who says rightly that it is disproportionate and one who either can’t be bothered or does not have a clue?

2.    Assuming that you would rather avoid the implication that you can’t be bothered or do not have a clue, how will you ensure that the requirement to exchange information does not itself become disproportionately expensive? One answer is to engage the services of an expert who will reduce the task to its simple essentials without making a meal of it. One or two of the technology providers are gearing up to provide exactly this service; the rest should be doing so.

3.    The practice direction requires parties to consider whether it would be appropriate to use the services of a neutral electronic repository for storage of electronic documents. The last time I asked around about this, there was little evidence of parties being willing to explore this option. My enquiries last week, inspired by this paragraph in the practice direction, suggest that sharing services in this way is becoming acceptable.

Each of these points merits fuller discussion. They are mentioned here to indicate that there is a wider set of implications behind the practice direction than one might think.

There is another one also, relating more to the business of being a lawyer than to the mechanics of electronic disclosure. One of my slides shows the transition from a lawyer-led to a client-led process, as clients realise that the involvement of lawyers in the search function often just adds a heavy handling charge on to what is primarily a technology exercise. My purpose in showing the slide is to suggest that lawyers would do well to anticipate this move; if there is to be a realignment of functions, the lawyers need to carve out a new role for themselves instead of waiting to become simply part of the clients’ process.

I quote in this context from an article of mine called Who needs a bridge when the river goes away? which includes this passage: 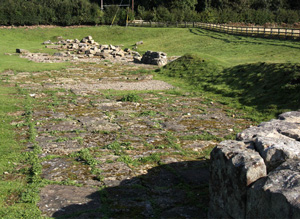 The mechanics of electronic disclosure are not an inherently legal function like Will writing or conveyancing. Instead of assuming that the work will always be theirs, lawyers must ask themselves why the clients should not divert it somewhere else.

The end of the summer brings a new season of conferences at home and abroad. I passed up, reluctantly, the chance to go to the Sedona Conference International Programme on Cross-Border e-Discovery and Data Privacy in Washington this week. I went to the one in Barcelona last year and, having seen this year’s list of speakers on a subject which is both interesting and important, am very sorry to miss this one. I must, however, keep a balance between the UK and the international scene, and the imminent practice direction demands attention in the UK.

There is enough travel coming up anyway. At the Masters Conference in Washington from 4 to 6 October, I am moderating a session with two non-US judges, Senior Master Whitaker from the UK and Justice Einstein from Australia. I explained in a recent post (see Inquiry blog – Discovery of Documents in Australian Federal Courts) the commonality between current developments in these two jurisdictions, and I am very much looking forward to talking about them in Washington. On 27 and 28 October, we have the InnoXcell e-Discovery Exchange Platform in Singapore where developments in that jurisdiction will be added to the mix.

Then I will be back in Washington on 18 and 19 November, talking about UK developments and cross-border matters at Georgetown  Law Advanced E-Discovery Institute 2010, followed by the IQPC Information Retention and eDiscovery Exchange in Munich on 30 November where I am taking part in a cross-border panel.

This is all interesting and all important, but no more so than the UK developments – Washington, and Singapore may give me more air miles, but Birmingham, Nottingham, Leeds and Bristol are no less significant in my terms. There is one big UK conference, the Thomson Reuters e-Disclosure Forum on 15 November, chaired, as usual, by Browning Marean of DLA, George Socha (of EDRM fame) and me. The real nuts and bolts, however, lie in talks to UK lawyers in private practice or government service. The destinations may be less exotic, but London and the UK regions lie at the core of what I do. The signs are that it will be a busy autumn – and the practice direction is not even in the rules yet.

I have been an English solicitor since 1980. I run the e-Disclosure Information Project which collects and comments on information about electronic disclosure / eDiscovery and related subjects in the UK, the US, AsiaPac and elsewhere
View all posts by Chris Dale →
This entry was posted in CPR, Discovery, E-Discovery Suppliers, eDisclosure, eDiscovery, EDRM, Electronic disclosure, Litigation, Litigation costs, Litigation Support, Masters Conference, Sedona Conference. Bookmark the permalink.