I am just back from New York where the members of the UK litigation support industry migrate en masse at the end of every January to mingle with each other and their American cousins. It was great fun, from the British Brunch early on Sunday morning to the cigar bar late on Wednesday night and all the weighty stuff in between.

It will take a while to filter down everything which was seen and discussed. How useful are the new US discovery rules? What will be the impact of the EU privacy rules? Which US suppliers and providers are coming to Europe and how many will succeed? What new products will do well in the UK market? All this needs applied thought which I will give when my bags are unpacked and my mental clock re-set. 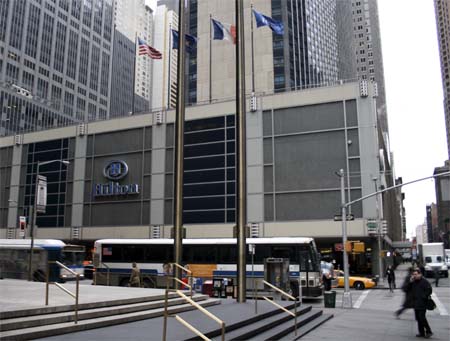 There are other, more immediate, questions.

Which seminar ended not with the usual thanks to the panel but with apologies to those who had been mentioned unfavourably in the preceding 90 minutes – three whole countries, all four of the Quad Cities of Illinois, the entire US judiciary and one judge in particular?

Which UK technical director was taken to be the son of his MD and what does this say about the youthful appearance of the one, the apparent age of the other, and the eyesight of the observer?

Which middle-aged pillar of the UK lit supp community was seen to have a glint in his eye at the ice-rink and had to be persuaded to wait at least until the conference ended before launching himself upon the ice?

Who was asked over the soup “What can the UK learn from the new US discovery rules” and was still in full flow with his forthright answer when the coffee came (and was still going strong in his conference speech two days later)?

Who complained that the cigar bar was full of smoke and observed disparagingly that the “hostess” was wearing an even number of pearl-strings? – any number more than one should be an odd number apparently. And are there “reverse deportment” classes where young ladies are taught to bend forward to such advantage?

Which consultant fell into late-night conversation on a street crossing with a fur-draped lady old enough to be his mother, and took some time to realise that her intentions were not purely social and certainly not maternal?

Who fell asleep in mid-sentence during dinner, was decorated with a napkin on his head, and was photographed thus attired?

Which Briton used at dinner a word whose strict use is expressive of physical pleasure between consenting males but which is more loosely used by Englishmen as an adjunct to everyday speech (as in “b….r that”), causing the host first to enquire what the usage signified and second to wonder why the subject had come up at dinner.

A more serious cultural gap was revealed when an American asked why the British talked of “visiting Europe”? Surely the British are in Europe? Er, geographically and politically Yes, but culturally the subconscious reality is rather different. We need to be challenged on it even to see that a point exists here. What other such gaps are there?

All these, and many other questions, will not be answered by me. The ones of more general significance will be answered – or at least summarised – here in due course.

I have been an English solicitor since 1980. I run the e-Disclosure Information Project which collects and comments on information about electronic disclosure / eDiscovery and related subjects in the UK, the US, AsiaPac and elsewhere
View all posts by Chris Dale →
This entry was posted in eDisclosure, LegalTech, Litigation Support. Bookmark the permalink.